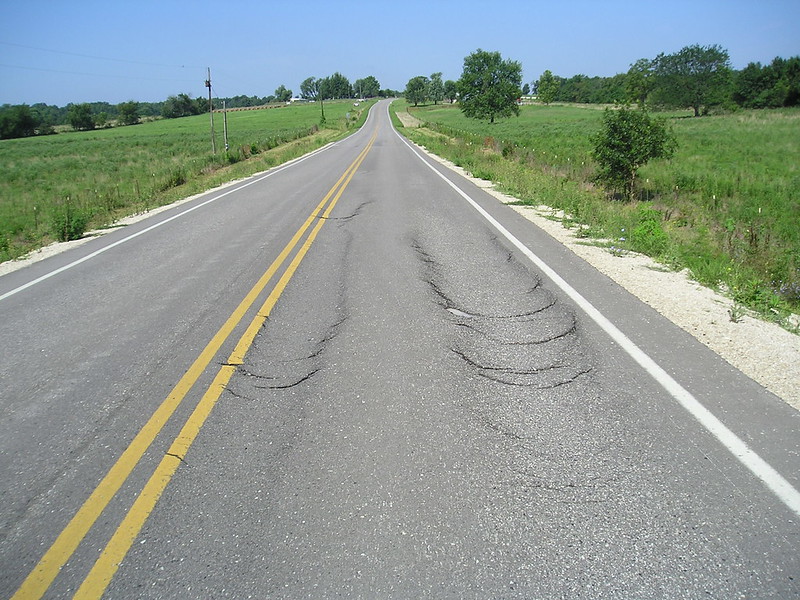 Tack coats are very important for a paving process. A tack coat can be defined as a thin layer of bituminous liquid that is applied as an emulsion, cutback, or paving grade asphalt unto an existing asphalt or concrete pavement prior to an overlay and/or between layers of new asphalt paving lifts. A tack coat is applied to promote bonding. Adequate bonding between the pavement lifts and the existing road/milled surface, and an overlay is crucial.

A tack coat allows the completed pavement structure to behave as a single unit rather than independent layers. Without a tack coat, inadequate bonding between layers can result in:

Using a tack coat can be considered to be a cost-effect assurance to support the pavements design life. Luckily, the cost of a tack coat is “relatively” minor compared to the overall paving project. As Dave Johnson, the Senior Regional Engineer for the Asphalt Institute states: “the risk of a poor or a compromised bond from not applying tack is deemed too great when one considers the ramifications of the loss of fatigue life from this condition. Tack is such a cheap component that it makes little sense to shortchange this critical step and introduce so much risk” (Johnson, D., 2015). Because of the extreme importance of a good-quality tack coat, EnviRoad, LLC developed and manufactures Non-Track Bonding Coat-41 (NTBC-41).

Non-Track Bonding Coat-41 is an environmentally-friendly engineered emulsion for use as a non-tracking tack coat for paving operations. NTBC-41 is especially important for mill & fill and overlay paving operations.   NTBC-41 promotes superior bonding between old and new pavement to prevent slippage between pavement layers.  NTBC-41 adheres to sandy and dust material that remains after the sweeping of a milled surface whereas traditional tackifiers do not. In addition, due to chemistry, an NTBC-41 treated surface will “re-activate” and bond with a subsequent overlay due to the thermal characteristic of the HMA layer.

NTBC-41 was developed as a non-tracking tackifier to expedite the early return to traffic. NTBC-41 replaces the need for slow setting emulsions (SS-1, SS-1h, CSS-1, and CSS-1h) and rapid- setting emulsions such as RS-1, RS-2, CRS-1 and CRS-2VOC. All components of EBNTBC-41 are free of hazardous solvents and are not harmful to aquatic and mammal life.

As a non-tracking tackifier NTBC-41 provides:

All components of Earthbind® are considered to be:

For more information on how Non-Track Bonding Coat-41 can work for your project, please contact an EnviRoad sales engineer at 503-279-2600.